To help eliminate pay discrimination, over a dozen states and localities have enforced salary history bans, or laws prohibiting employers from asking job candidates information about their salary history. To comply, some companies are updating job applications, company practices, and so forth. Each violation can result in a penalty of $100 to over $5,000.

If you need help avoiding labor law compliance issues, consider Zenefits. You’ll have access to a team of compliance experts who will keep you up to speed on the human resource laws your business needs to follow. You can also use the salary handbook builder to revamp your policies and procedures if you find yourself subjected to a major legislation change, like a salary history ban. Sign up for a free demo today.

The laws governing pay history bans vary by location. For instance, California’s ban covers the entire state; employers are banned from requesting a job applicant’s salary history, but they can ask the candidates to describe their ideal salary range for the open position. New York State, on the other hand, does not have a state-wide ban—only four jurisdictions prohibit employers from asking salary history questions. And one jurisdiction, Suffolk County, doesn’t allow questions about expected salary ranges.

Here are the rules you should generally follow to avoid violating salary history ban laws:

Keep in mind that the concept of banning salary history is still fairly new. Check your state for updates often as they are subject to change at any time. Also, don’t assume the exceptions that exist in one state can be applied in yours. All states and localities have specific rules and penalties surrounding the pay history ban.

In 2017, New York became the first state in which any form of a salary ban was enacted—there is no state ban but some localities have laws in place. Since then, California, Connecticut, Hawaii, Massachusetts, Oregon, and Vermont have followed suit, each passing their own state-wide salary history ban laws for all employers.

Numerous localities, in addition to U.S. territory Puerto Rico, have passed legislation restricting certain types of employers from requesting salary history information from job candidates. Some bans only cover city or county agencies, while others apply to all employers within that jurisdiction.

Check the table below to see if there are any local bans that apply to your business:

If your state or locality has regulations in place restricting your use of salary history during the hiring process, be sure to research the specifics. Some bans only apply to employers with a certain number of employees, and others are only applicable to city or county employers. In addition, some salary history bans have been drafted but won’t go into effect until after this article is published.

There are a couple of states, Michigan and Wisconsin, that have prohibited bans on salary history altogether. Local governments in these states aren’t allowed to regulate the salary information that employers request from job applicants during the hiring process.

What Started the Ban on Salary History?

The idea of prohibiting salary history started as a way to resolve historical pay gaps that have impacted employees due to their gender, race, background, and so on. Over time, many studies have shown that certain demographics average lower wages than their peers for doing the same job. In 2018, women earned 85% of what men earned, according to a Pew Research Center earnings study. And in 2015, a Pew study on racial wage gaps found that black workers earned 75% as much as white workers.

Job candidates who have experienced pay discrimination at any point in their careers usually feel the impact on their earnings for years to come. This means that employers who use job applicants’ salary history to determine how much to pay them could continue to perpetuate the pay discrimination.

Using candidates’ current salary as a base for determining how much their work is worth in the market assumes (many times, incorrectly) that they’re being paid fairly in the first place. And the reality is that many employees who identify with disadvantaged groups (e.g., women, minorities) are currently or have historically been underpaid.

Banning companies from asking potential new hires for salary information forces employers to set wages based on other factors. Work experience and credentials should be considered in addition to the market value of your job candidates’ skill sets to ensure you offer new employees fair pay.

Who Does Pay Discrimination Impact the Most?

Pay discrimination affects more than just women and minorities. There are numerous other demographics that are susceptible to pay equity issues.

Here are common groups of people who experience wage gaps more than others:

How to Comply With Pay History Ban Laws

Complying with salary information bans might seem complicated at first, but once you review your hiring process, policies, and procedures, it’ll be much easier. The best thing you can do is remove conversations about your job candidates’ salary history from the application, interview, and job offer process. Walk through your hiring procedures several times before making any changes. You need to identify each step in the process that leaves your company vulnerable to non-compliance. 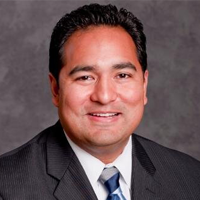 “Companies and recruiters are rapidly adopting new strategies to comply with the law and navigate negotiations for fair salaries. Forward-thinking companies are reviewing all onboarding and hiring procedures and practices, such as job postings or advertisements, employment applications, interview questions, job offer documents, and salary criteria to eliminate salary questions. There is certainly a cost to equal pay, but societal trends suggest it’s worth it for companies who want to be viewed positively in the face of the #TimesUp movement.

“In 2019 and beyond, the hiring process will focus on a candidate’s objective performance, industry-wide data, and earning potential, rather than their past. If HR professionals stop asking the dreaded salary question, will we see a smaller pay gap for women and minorities who might otherwise perpetually struggle to reach an equitable salary? If I did have a crystal ball, I believe it would say that adopting the Salary History Ban is a win-win-win for all.”

Here are steps you can take to ensure your company doesn’t violate a pay history ban:

If you need help hiring for a new position, consider using Indeed. It’s the largest job posting website and has salary comparison tools you can use to help create new job offers.

Delivering the talent your business needs